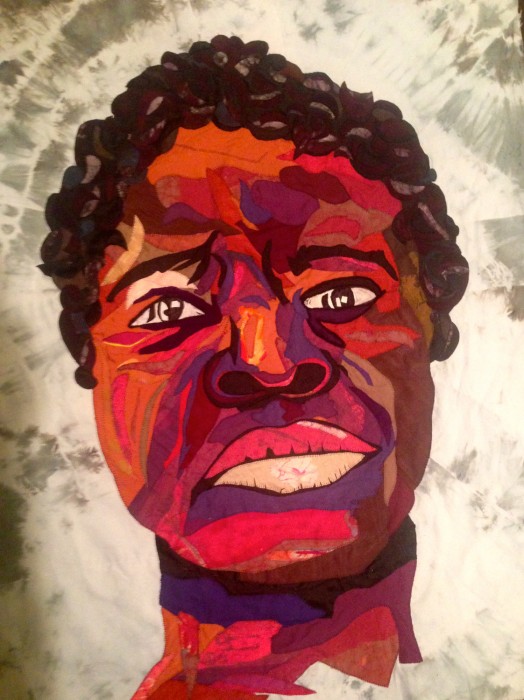 I first met Michelle outside of 30th Street Station in 2013. We spoke for a long time and she told me that she alternated between living on the streets and living with a sister in North Philadelphia. She admitted that she and her sister don’t get along and it is often easier for her to be alone. She also stated that she did not trust the city shelters. I saw her at 30th Street Station two more times and then met her again six months later wandering down Market Street near City Hall. I have not seen her since early 2014, although I have spent hours looking for her.

Batik and hand dyed fabric that has been pieced, appliqued and quilted by hand.