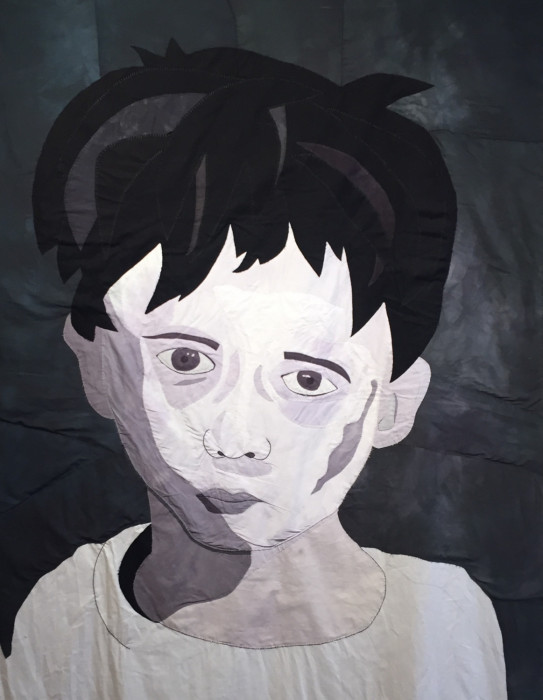 The little boy was crying unconsolably outside of the Greyhound Bus Station in Philadelphia. As I watched him, numerous other people passed him by, as if he did not even exist. I began to approach him when a woman wearing a hijab came over to him and pulled him to her. It was September of 2015 and I had just started formulating my ideas for an exhibition of portraits of homeless people. In broken English the woman asked me for money to catch a bus. They were both dirty, disheveled and seemed frightened.  I asked them to come and have lunch with me but the woman refused, repeating her request for money. I offered her twenty  dollars if she would allow me to take their photograph and tell me their names and she agreed. I asked her where she was going and where they were from, but as she spoke very little English  it was difficult for me to understand exactly what their situation was.